Dr. Sabine Langie received the Cefic-LRI Innovative Science Award in 2013 on the topic “Environmental programming of respiratory allergy in childhood: the applicability of saliva to study the effect of environmental exposures on DNA methylation”.

Since November 2012 she has been working at VITO in Belgium as an AXA Research funded fellow studying “Allergy: environmental and nutritional programming in childhood”. The award enabled her to broaden this work with the analysis of DNA methylation patterns in saliva of children. Prior to VITO, she worked as a postdoc at Newcastle University, studying the modulation of epigenetic modifications and DNA repair in the ageing brain. Sabine’s PhD focused on “Nutritional modulation of DNA repair”.

Longitudinal (birth)cohorts are instrumental to study the link between early-life exposures and the development of complex diseases, but investigations are hampered since blood sampling is kept minimal for practical and ethical reasons, especially in children. Saliva is suggested as an alternative DNA source because the samples can be obtained with less constraint. Both in adults and in 11y old children, DNA methylation analysis via Illumina Methylation 450K BeadChips showed that the methylation status was comparable between blood and saliva with about 10% of the probes having a differential methylation pattern (Padj<0.05 and |Δβ|>0.1). Comparing allergy cases vs. controls revealed 75 differentially methylated regions in blood from 11y olds.

The other two finalists were Frank de Vocht, from the University of Manchester, United Kingdom, and Penny Nymark from the University of Maastricht, The Netherlands, with the following proposals respectively: “Exploiting novel statistical Methodology to improve assessment of exposure mixtures in environmental and occupational epidemiology” and “Toxicogenomic studies on multi-walled carbon nanotubes”. 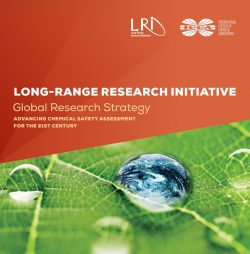