Dr. José-Julio Ortega-Calvo is senior researcher at Institute of Natural Resources and Agrobiology of Seville, Spanish National Research Council (IRNAS-CSIC), and leader of the research team “Bioremediation and Bioavailability”. He has experience in microbiology and environmental chemistry, working on bioavailability science and biodegradation of organic pollutants since the last 20 years. His research aims at understanding biodegradation of organic chemicals as a driver for reducing bioavailable fractions of the pollutants, and thus diminishing human and ecological risk related to the direct or indirect exposure to organic contaminants. The research covered basic aspects on how pollutant phase exchange affects biodegradation, as well as applied aspects, by proposing different ways to operate on bioavailability for a better bioremediation performance and risk reduction, and ultimately, by creating a momentum, at an international level, for real implementation of bioavailability science into retrospective and prospective regulations of organic chemicals.

After obtaining his Ph.D. in 1991 at University of Seville, he worked on different aspects of microbial ecology during postdoctoral stays in Amsterdam University (NL) and Cornell University (USA), and obtained his permanent position as tenured scientist at IRNAS in 1996. He worked as a guest researcher in the Swiss Federal Institute of Aquatic Science and Technology (EAWAG) in Dübendorf, Swizerland (1997), in the Massachusetts Institute of Technology, USA (2003), and in the University of Oxford, UK (2009 and 2012). In 2009, he promoted to Senior Researcher at CSIC, and in 2010-2014 he was appointed as Head of his Department at IRNAS. He is author of 81 SCI publications (55 in Q1 journals). He has also wide experience in leading national and international research projects, having lead 16 projects since 1997, and in supervising PhD projects, having supervised 8 PhDs in the last 10 years. He is frequent reviewer for papers submitted to Q1 environmental journals. Recently, he started as Volume Editor of a book for Springer, entitled “Bioavailability, Persistent Pollutants and Bioaccumulation”, from the series “The Handbook of Environmental Chemistry”.

In 2016-2017, he was the president of SETAC Europe, having been part of the Council of this society since 2011. He has been member of the scientific committee in the annual meetings of SETAC Europe in Göteborg (2009), Milan (2011), Berlin (2012), and Glasgow (2013), and co-chair in Rome (2018). In 2011, he received an honorary award from SETAC Europe for the successful organization of the annual meeting in Seville in 2010, entitled “Science and Technology for Environmental Protection”, with 2,300 participants. Since June 2017, and for the next three years, he has been a member of the Stakeholder Bureau from EFSA (European Food Safety Authority). 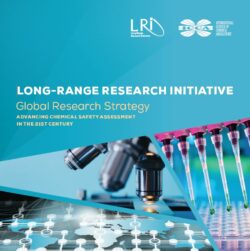